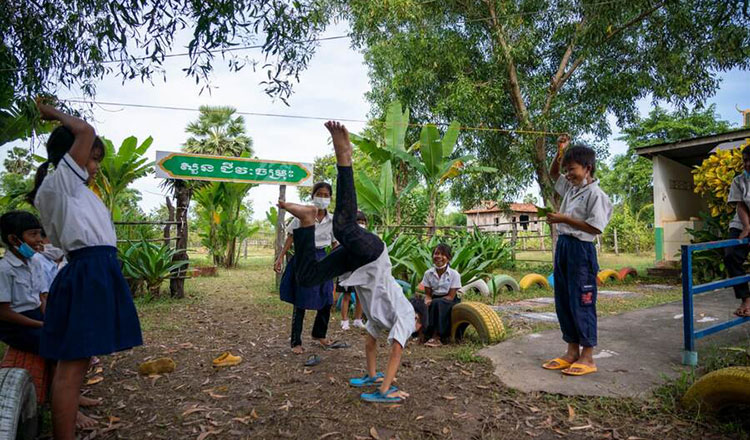 The United Nations Committee on the Rights of the Child has published its observations on Cambodia’s progress towards complying with the legally binding international Convention on the Rights of the Child. It recognizes the progress made by the Royal Government of Cambodia between 2011 and 2022, while highlighting areas of concern regarding issues such as education and child protection.

The Committee monitors the implementation of the Convention on the Rights of the Child (CRC) which is based on the key principles of the right to life, survival and development, non-discrimination, best interests of the child and the right to be heard. . As the most ratified international convention in the world, the CRC has prompted governments to change laws and policies to ensure the respect, fulfillment and protection of children’s rights.

“The Committee welcomes the various legislative, institutional and policy measures taken to implement the Convention, including the adoption of the Juvenile Justice Act, the action plan to prevent and combat violence against children, the action plan for the improvement of child care and the policies on child protection in schools and on inclusive education”, states the concluding observations of the Committee. “[The Committee] notes with satisfaction the ratification of the Convention on the Rights of Persons with Disabilities in 2012 and the accession to the Convention for the Protection of All Persons from Enforced Disappearance in 2013.”

However, the Committee also expressed concerns in other areas, such as the lack of free compulsory education for children in Cambodia and a bill that provides separate classes for children with disabilities. The Committee recommended that the Royal Government of Cambodia guarantee free and compulsory primary education for all children for at least nine years and amend its bill to guarantee the right of all children with disabilities to inclusive education. He also recommended that children whose schooling has been disrupted by the COVID-19 pandemic be provided with interventions to address learning losses during this time.

Furthermore, the Committee expressed concern about the high level of sexual exploitation and abuse of children. He urged Cambodia to ensure effective investigation and response to all cases of child sexual exploitation and abuse inside and outside the home, and in the digital environment, including the grooming. He argued that progress towards prioritizing family care for children needed to continue and redouble efforts, supported by more social workers in all provinces.

Guided by the Convention on the Rights of the Child, UNICEF is the United Nations agency charged with protecting the rights of every child and is working with partners, including the Royal Government of Cambodia, to act on the recommendations of the CRC.

“We commend the Royal Government of Cambodia for the progress it has made in improving the lives of children over the past decades, but this report shows that there are still serious concerns,” said Ms Foroogh Foyouzat. , UNICEF Representative in Cambodia.

“Even in areas where solid progress has been made, COVID has caused serious setbacks. Now is the time to focus our efforts on overcoming these setbacks and addressing the challenges identified by the CRC’s recommendations. Over the coming weeks, UNICEF, in collaboration with the Ministry of Social Affairs, Veterans Affairs and Youth Rehabilitation, will consult with key stakeholders to act on these recommendations, with the ultimate goal of ensuring that all Cambodian children’s rights are respected, fulfilled, realized and protected. .” Heng Panha – AKP