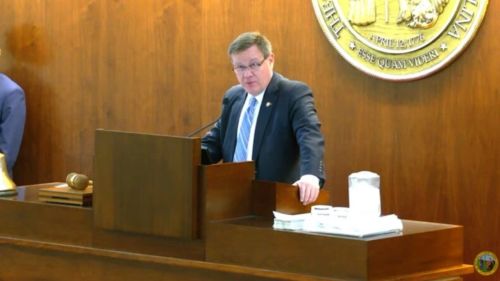 While nothing is set in stone, Moore said there likely aren’t enough votes to make HB755 law, with at least three votes needed from House Democrats to override a likely governor’s veto. Democrat Roy Cooper.

He said that with the way the political dynamics are, they have to do a math on how many votes are needed and that the House currently doesn’t see a necessary path for the bill to become law because too few members Democrats have indicated they would support a waiver. of Cooper’s likely veto.

The Senate passed the bill along party lines on June 1, with a 28-18 vote. Republican supporters say the measure, a committee substitute for House Bill 755, is needed to protect children and ensuring that parents know what their children are learning in public schools. Democrats, meanwhile, say the bill would create an environment that discriminates against LGBTQ youth.

The part of the bill that has sparked the most heated debate states that issues such as gender identity and sexual orientation cannot be part of the formal curriculum until after third grade. There would be no ban on casual discussion of the subject in lower grades, but the official curriculum might not address these issues, under the bill.

Parents would further be notified of any health care services their child receives, including any changes in their child’s physical or mental health, and if their child requests a change of name or pronouns.

The idea of ​​a parent’s bill of rights is popular with likely voters. A recent Civitas poll found that 57% of likely NC voters support such a measure, compared to just 24% who oppose it.

Moore said Republicans are feeling “very optimistic” about securing a supermajority in the general election and that issue can be addressed in next year’s session. He also added that there are state laws in place that address when it’s appropriate to talk about such issues in schools and that some parts of the bill may not be necessary.

The bill is currently in the bylaws committee awaiting a meeting.