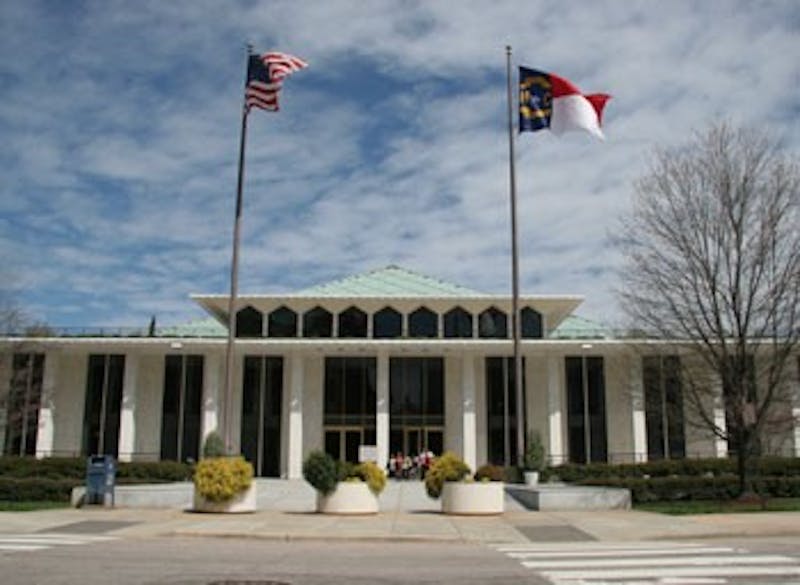 House Bill 755, the Parents’ Bill of Rights, moved to the North Carolina Senate after passing its hearing before the Senate Rules Committee on Tuesday.

The law projectwhich was introduced and passed in the North Carolina House of Representatives in May 2021, would require parental notification if a student uses a different name or pronoun and prohibits teaching about sexual orientation and gender identity in K-3 programs.

Sen. Joyce Waddell, D-Mecklenberg, expressed concern about the burden the bill would place on teachers and asked how the evaluation of classrooms and educators would take place. Waddell previously spoke about the bill during her hearing before the education committee, where she expressed concerns about “micromanagement.”

After Waddell’s speech, the floor was opened for public comment. LGBTQ+ activists and parent rights advocates have spoken out about the bill. There were 11 speakers in total. Nine speakers told lawmakers that the bill was harmful to LGBTQ+ youth, and two people spoke in favor of the bill.

She cited data from a 2022 survey by The Trevor Project, which showed that only 37% of young people identified their home as LGBTQ+ affirming. She said young people living in non-affirmative homes are at risk of being displaced from their homes or being abused inside their homes if exposed.

“This bill virtually guarantees that young people will be exposed before they are ready to share,” Mikhail said.

She called herself “pro-parenting” in that she supports the assertive involvement of parents in the lives of their LGBTQ+ children, but is concerned about young people in non-affirming homes. Mikhail urged lawmakers not to pass the bill, saying it could negatively impact students’ mental health and increase already high suicide rates among LGBTQ+ youth.

Austin Horne, an LGBTQ+ outreach specialist for Piedmont Family Service, also expressed concerns about the displacement of young people by non-affirming parents. According to Horne, there won’t be enough resources or beds to help the young people who will be affected.

Tyler Beall, president of the LGBTQ+ Democrats of North Carolina, said the legislation is a “don’t say gay” bill. According to Beall, section 115C-76.16, which requires parental notification of any changes to a student’s name or pronouns, targets the LGBTQ+ community.

Beall said that because the bill expands parental authority to challenge instruction at all levels, the bill would implement a version of “don’t ask, don’t tell” in schools.

“You are going to institute a culture of fear,” he said. “Students will be too scared to ask school staff for help, including teachers, counselors, coaches, librarians, janitors, bus drivers, etc.”

Beall also discussed comments Lieutenant Governor Mark Robinson made in June 2021, speaking out against the LGBTQ+ community in a sermon at Asbury Baptist Church in Seagrove, North Carolina.

“There’s no reason for anyone, anywhere in America, to tell a kid about transgenderism, homosexuality, all that filth,” Robinson said during a speech at the church.

“Am I dirt to you? ” He asked. “Is this really the culture you want our students and kids to grow up in, to be treated like filth?”

Kristie Puckett-Williams, director of engagement for the ACLU of North Carolina, also spoke out against the bill.

“This bill as written is harmful, and I urge you to vote ‘no’ to harm children in this unnecessary way,” she said.

Others who have spoken out against the bill include a former NC teacher, a parent of gay children, a transgender woman and a Christian from the Freedom Center for Social Justice.

Eloise Robinson, a grandmother and former kindergarten, second and third grade teacher, was the first to speak out in favor of the bill. She said the current curriculum is political and sexual, leading to lower International Student Assessment Program scores and difficulties in reading and math.

“When I was teaching kindergarten, I never had a kid tell me they were gay,” she said. “I’ve never had a child who wanted to change their sex – and the reason for that is that they’re young children, they’re innocent children. They believe in the tooth fairy and the Easter bunny. They’re not not interested in sex.

John Rustin, president of the North Carolina Family Policy Council, also spoke in favor of the bill. Rustin said the bill recognizes the fundamental rights of parents to the care and nurturing of their children.

After public comment, the vice-president of the Senate pro tempore Ralph Hise spoke in favor of the bill.

“There is a veil placed between parents and children,” he said.

Hise said the bill will remove that veil.

The only senators on the committee to comment on the bill were Waddell and Hise. The motion passed without further discussion.

If passed in the state Senate, the bill is likely to be vetoed by Democratic Gov. Roy Cooper. In this scenario, senators from both parties would have to vote in favor of overriding the veto.

To get the day’s news and headlines delivered to your inbox every morning, sign up for our email newsletters.