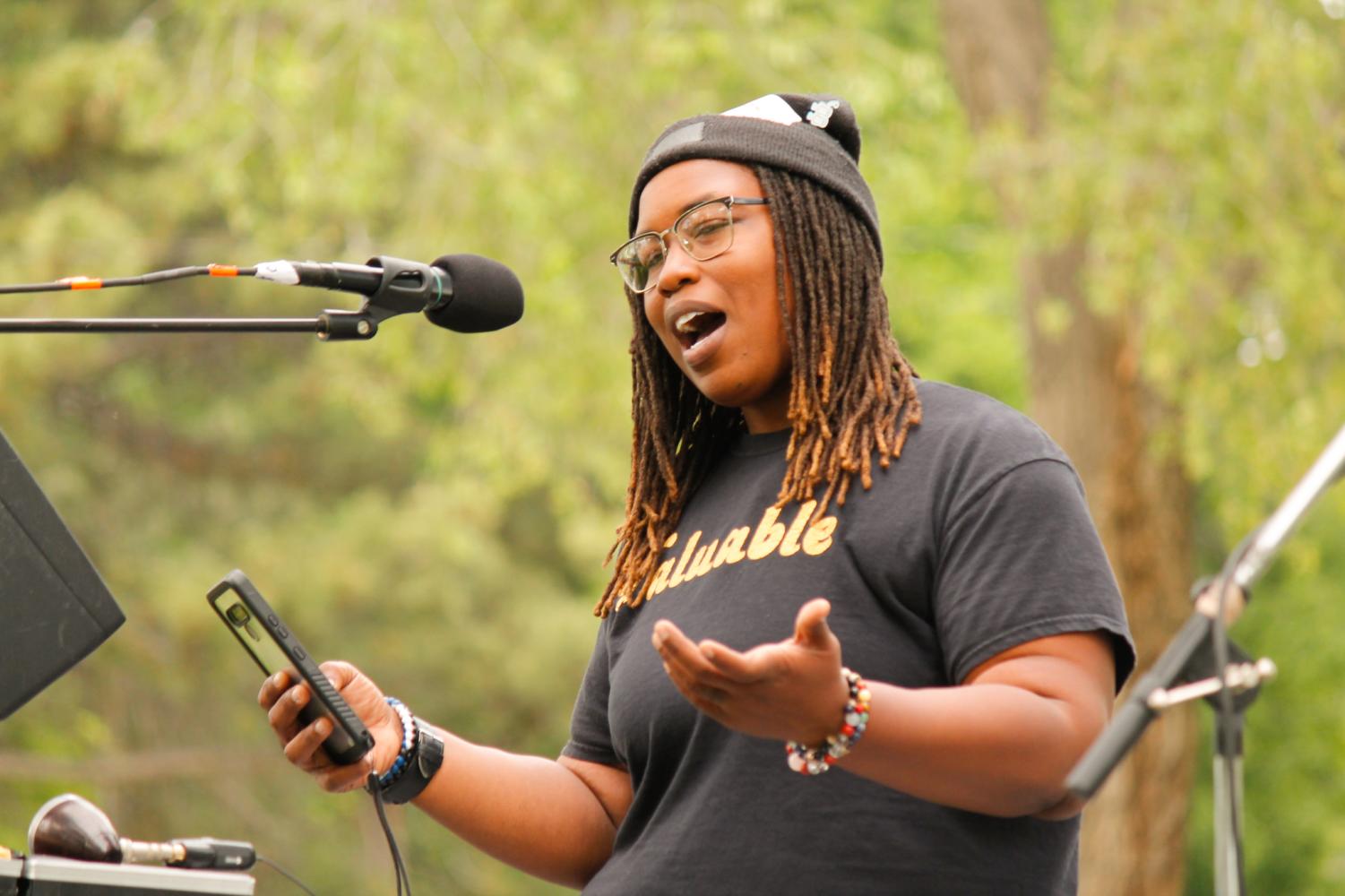 Before Utah primary election on June 28, various Salt Lake community groups sponsored an event to protect democracy and the right to vote.

The June 4 event took place in Jordan Park, where speakers and performers came together to celebrate suffrage and access.

Volunteers from the League of Women Voters, a nonpartisan group focused on empowering voters and protecting democracy, registered interested attendees to vote.

In an interview ahead of the event, Celeste Dorantes, an intern at the League and Gun Violence Prevention Center and former U student, spoke about the importance of individual change, especially in the present time. She cited the recent shootings in Uvalde and Buffalo as the reasons why she is so attached to being part of the GVPC.

“It’s really great to be part of an organization that shows how brutal something like this is, but also how we can all come together and try to reach out to our lawmakers or just try to make a difference,” said Dorantes. “Few people believe that only themselves can make a difference, but they can.”

Shauna Bona, the League’s president-elect, said the event would be a celebration of ballot access and voting power.

“It’s also a space where other community organizations that deal with critically important issues and are part of the ‘why’ of the vote are also invited to attend,” Bona said.

Dorantes said it’s important for young people to know about these various nonprofit groups because it can increase their political participation.

“Unfortunately, I feel like a lot of my friends, especially here in Utah, don’t really understand how crucial it is to get involved,” she said. “When we see stuff like Roe v. Wade, it’s really important to reach out to your local legislator or something because it all starts at the local level.”

The event began with a land acknowledgment from Ralyn Montoya of the Salt Lake Urban Indian Center.

“We honor the land we stand on and its natives who are the first stewards of this land,” Montoya said.

Jeanetta Williams, president of the NAACP Salt Lake Branch, spoke about the importance of Juneteenth and the Voting Rights Act of 1965, saying it’s important to make your vote count.

Next, Charlene Lui from the National Tongan American Society spoke about the importance of sharing your own story.

“What I’m saying today is that we represent so many others who have gone before us and so I ask and urge you to continue that legacy,” Lui said. “Even though there may be fewer of us today, each one of us makes such a difference.”

Dorantes also spoke at the event. She expressed how important it is to engage politically.

“I think it’s important to understand that our generation is going to shape the future of this country,” she said. “So we just have to start now and show up ready.”

Dancers and percussionists from the Ngoma y’Africa Cultural Center shared performances related to the spirit of Ubuntuwhich means “I am because we are,” one member explained.

After speakers from the Gun Violence Prevention Center, Better Boundaries, and the ACLU of Utah, Wynter Storm shared his poem titled “Dear Women.”

“Although many have tried to calm us down for so long, we remain strong,” reads the poem. “Black women, you are perseverance.”

Then Montoya returned to the microphone to talk about the Get out the vote campaign, which aims to increase voter registration and voter turnout. Montoya encouraged Native Americans to use their voice and vote.

“I like to remind a lot of people that democracy is indigenous,” Montoya said. “A lot of people think it doesn’t matter, but it’s because of the steps we took to be able to vote that we can be who we are today.”

Dorantes hopes this event will bring more youth engagement to these community organizations and their missions.

To those already registered to vote, Bona stressed the importance of the primaries.

The deadline registering to vote online or by mail in the Utah primaries is Friday, June 17. In-person voters can register the same day. Utah individuals can start pre-registration vote from the age of 16.