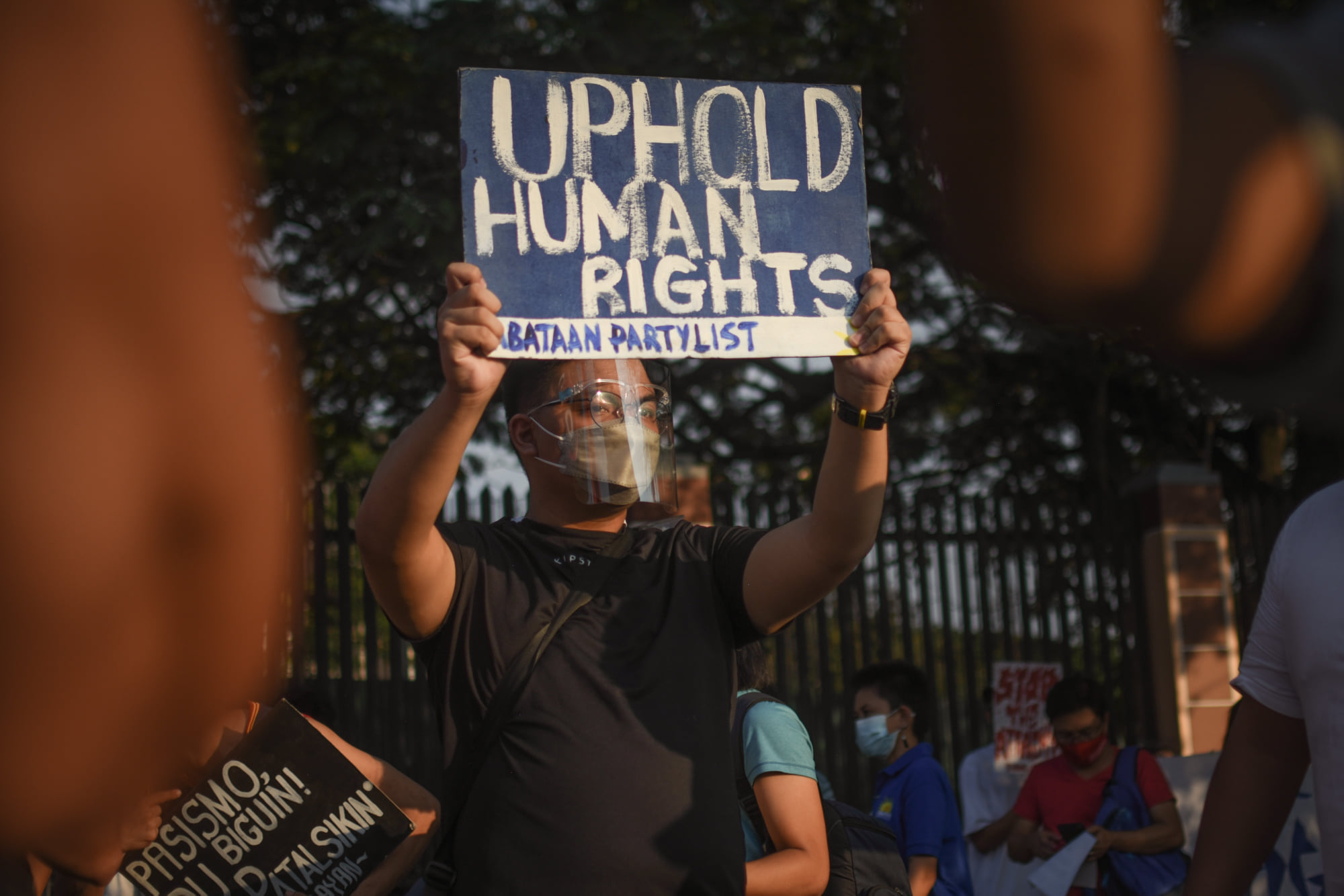 “Those who defend their rights and those of others are unfairly portrayed as criminals through accusations based on fabricated testimony from soldiers or contract witnesses, or on contrived evidence.”

MANILA – Recent arrests of human rights defenders reflect the continued criminalization of their work under the Ferdinand Marcos Jr. administration.

Meanwhile, the Pangadas brothers, Ismael, 22, and Mawing, 19, were arrested after attending the SONA people’s rally in Davao City’s Freedom Park. They would have been accused of child trafficking.

“Those who defend their rights and those of others are unfairly portrayed as criminals by charges based on fabricated testimony from soldiers or contracted witnesses, or on concealed evidence,” Karapatan said in a statement.

The group added that many defenders arrested in recent years were eventually released due to lack of evidence, glaring inconsistencies in the accounts of alleged witnesses or numerous violations committed by police officers during arrests.

Karapatan said the charges against Pielago are fabricated as she was in Metro Manila on the date of the incidents of said crimes.

Defend Bicol Stop the Attacks Network also stated that Pielago is an advocate for women’s rights and consumer rights, as well as the democratic rights of the Bicolano people.

The women’s group Gabriela also condemned Pielago’s arrest. “At midnight on July 28, while Tes was on his hospital bed, many soldiers and police rushed to his room to serve a warrant for Tes’ arrest on false charges of murder and frustrated murder,” the group said, adding that “Her arrest on false and fabricated charges is not only absurd, but cruel, given that the elderly activist was confined for medical treatment when state forces poured into its premises to arrest it in the middle of the night.”

Pielago also suffers from various ailments such as bursitis, tendonitis, diabetes and hypertension. She also suffers from an eye condition, which renders her physically incapable of committing the alleged crimes.

“Many flaws were also pointed out by his lawyers in the remedies they used for Pielago,” Karapatan said.

Bayan Muna representative Carlos Zarate said the charges against Pielago “are almost laughable if not so tragic and condemnable, as they are trying to jail a human rights defender again using the same old modus of the National Task Force to End the Local Communist Armed Conflict (NTF-ELCAC).

He added that the NTF-ELCAC under Marcos Jr continues “the same old tricks of the notorious agency created and unleashed in the days of Duterte”.

During this time, a Save our Schools network update (SOS Network) said the Davao City San Pedro police station did not allow the Pangadas brothers’ father to visit them on Friday, July 29.

Their family arrived in Davao City from their community of Talaingod, Davao del Norte to visit them, along with the team of paralegals from Kabataan Partylist Southern Mindanao Region. But they were denied the right to visit the brothers, citing the “no prison visitation” policy due to the pandemic.

Police also added that other prisoners would get jealous if they allowed the visits. “We condemn this total injustice and ask the San Pedro police station to let the father visit the Pangadas brothers. We urge supporters and friends of the Pangadas brothers to amplify and support our call to immediately release Ismael and Mawing and drop all false charges against them,” SOS Network said.

The Pangadas brothers are both graduates of the Lumad Bakwit school. It is through Lumad Bakwit Schools that young Lumads continue their education after their community schools were targeted and closed under the Duterte administration.

“Ismael and Mawing joined the popular mobilization SONA to express their grievances on the state of the conditions of the Lumad communities. This was an exercise of their democratic rights to free speech and the right to protest. But they were illegally arrested by the police and deprived of due process,” SOS Network said, adding that “this illegal arrest of young Lumad shows the true state of the nation – repressive, fascist and anti-people.”

Groups demand the immediate release of Pielago and the Pangadas brothers. Karapatan also reiterated his call to end the criminalization of human rights work. (ADD)