In a typical room where nonprofits do the work of grantmaking – deciding which programs and solutions to fund with their philanthropic dollars – the faces around this table are unlikely to reflect the communities that will receive that charity. “The way these funders are set up is usually a board that tends to be predominantly white, not the communities they fund, rich people – inherited or not – and so they’re very out of touch with the people. communities they are trying to support, ”says Manuela Arciniegas, director of the Andrus Family Fund, a non-profit organization that supports youth-focused social justice organizations.

Some nonprofits can bring people like community liaison officers or counselors to this table, but even then there are still power dynamics at play that can affect which groups ultimately get funding. How comfortable can a young community organizer be speaking out when sitting next to someone who has worked in philanthropy for decades, or when outnumbered at that table? by rich white donors, whose money they decide how to spend?

When it came to a new round of funding for the Andrus Family Fund, the foundation wanted to do something different. As part of her 20th anniversary, she launched the Visionary Freedom Fund, with the intention of including more young people in the grant making process. The idea began when the youngest members of the family (the Andrus Family Fund is the philanthropic work of the descendants of John E. Andrus, former mayor of Yonkers, New York and a member of the United States Congress), learned that they would have access to an additional investment of $ 1 million. to celebrate their 20 years. “The board felt that instead of focusing [on] and celebrating ourselves, we should leverage this million dollars to make an impact in the area of ​​youth justice, ”Arciniegas said. “And so we decided to use it as seed funding to launch our 20th anniversary fund, the Visionary Freedom Fund initiative.”

At the heart of the fund was something the organization called the Power Table, made up of eight young organizers – those directly affected by the kind of issues the fund would benefit from, and children affected by the criminal justice system, than this. means they are tangled up in school. -a pipeline to the prison or witnesses of police violence, as well as four leaders of adult movements and eleven donors. The Power Table, a new addition to the grant making process, guided decisions on how the fund would distribute a total of $ 2.5 million.

For Arciniegas, the Visionary Freedom Fund is a kind of handover, with funders finally handing over some power to the young people their charity aims to benefit. “Young people are deeply aware of the issues. They know what needs to be funded. And so giving them the decision-making power to figure out where the dollars go, to point out the most innovative solutions, is, I think, really smart grantmaking, ”she says. “It would take years of philanthropy to learn more about these solutions and to really keep your finger on the pulse. “

In some cases, it would take years of philanthropy to find out what issues young people face, especially when they are locked up or in some way involved in the justice system, let alone what might solve those problems. problems. She gives an example: She knows of children who were told that if they went to a probation program and showed up every day, they would not be incarcerated. But because of the pandemic, the program was shut down and these children were automatically found to be non-compliant and sent back to prison. Wealthy, often white donors living in another part of the country don’t see this happening directly, or know anyone who has, and the phone game of getting this information from communities on the ground to theaters somewhat sequestered meeting making philanthropic donations dollars can be slow.

“These are the ways that systems fail for our kids, and kids know it,” says Arciniegas. “And for funders to learn this in real time, it would take forever.” Instead, they turned to children across the country on the front lines of these issues and said, “You decide where the money goes. These eight young organizers were selected through an open application process and were paid. All had backgrounds in activism and organization, such as Jemima Abalogu, who during her middle and high school years was the Youth Justice Ambassador for the Texas Criminal Justice Coalition, working on the practices restorative justice; and Adrianna Gonzales, who at 16 began volunteering with Poder in Action, a Phoenix-based group focused on systems change, such as reducing the number of school resource officers as a way to end the pipeline of school in prison. Now 19, Gonzales heads the association’s youth program.

This method allowed 26 organizations to receive funding for a 2-year investment, working on things such as calls to divest police and prisons – and invest in community services instead – ways to use art to help young people who have gone through the prison system. , and mental health programs for children whose parents have been incarcerated or deported. (All projects are led by black, immigrant, native, queer, and trans or AAPI communities.) This diversity in the type of work funded is itself a representation of the diversity of people around the fundraising table, says Bryan Perlmutter. . , one of the coordinators of the Visionary Freedom Fund project and co-founder of Piece by Piece Strategies, a consultancy that helps organize social justice.

“Seeing the end result of the beneficiaries is also a reflection of the process that was used, which was a very beautiful moment – that a lot of organizations that received resources, donors at the table did not necessarily know,” says -he. The groups that were funded were those with which the Andrus Family Fund had no previous relationship. So while the Andrus Family Grants have supported youth justice organizations in the past, like the Safe Passage Project, which provides free lawyers for deported immigrant children, and Advance Peace, which mentors those in the background. center of gun violence in a community, their traditional process would not have led them to those specific groups, which are led by marginalized communities themselves, focusing on recent issues most relevant to children affected by the system judicial, and often neglected or underfunded. The beneficiaries, says Arciniegas, came “from places we would never go”.

Young organizers also raised issues that those with legacy experience in the nonprofit sector may never have thought to question. With new eyes, they asked why grant applications had to be so long, or if they really needed to get people to come and speak in person, after the granting table just read a report. of 20 pages. These were standard practices, but were they the best use of everyone’s time? “We have learned a lot from them,” says Arciniegas, “and some of us are taking what we have learned in our own institutions to rethink how we should change our grant application and process. “

In the end, 26 organizations were funded out of a total of 600 applications. Members of the Visionary Freedom Fund also reached out to anyone who did not get grants, explaining the criteria and the process and explaining why they were not selected. This honesty and transparency is something else that has set the fund apart from other grantmaking programs. Jessica Pierce, another project coordinator and co-founder of Perlmutter, says she has received calls from people appreciating how this process was different from other grant applications, where funders may confuse their organization’s name with that of another (a sign of neglect), or where they never get any feedback on why they didn’t get a grant.

The Visionary Freedom Fund is now fundraising and plans to continue with more grant cycles. It’s a model that everyone involved hopes will expand beyond this fund, as well, into the wider world of philanthropy. “Part of what we’re trying to do is not get people to the table, but build a completely different table,” says Pierce. Too often, adds Arciniegas, “philanthropy centers philanthropy rather than the community,” meaning that standard practices and institutional norms hamper the true work of philanthropy: giving money (ideally in a way that builds movements or builds towards justice, Perlmutter adds.) This model could change all that. “I hope this will continue to encourage people to move more resources,” he says, “and to do so more responsibly to the communities they seek to build with. 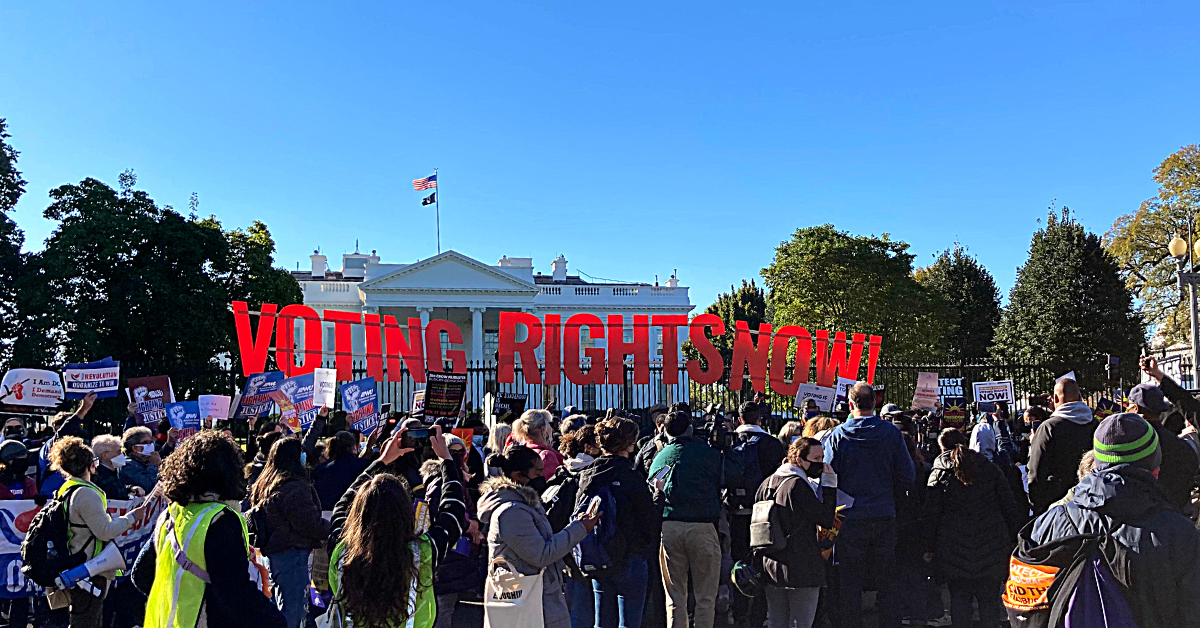 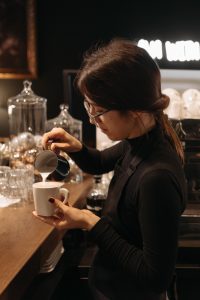