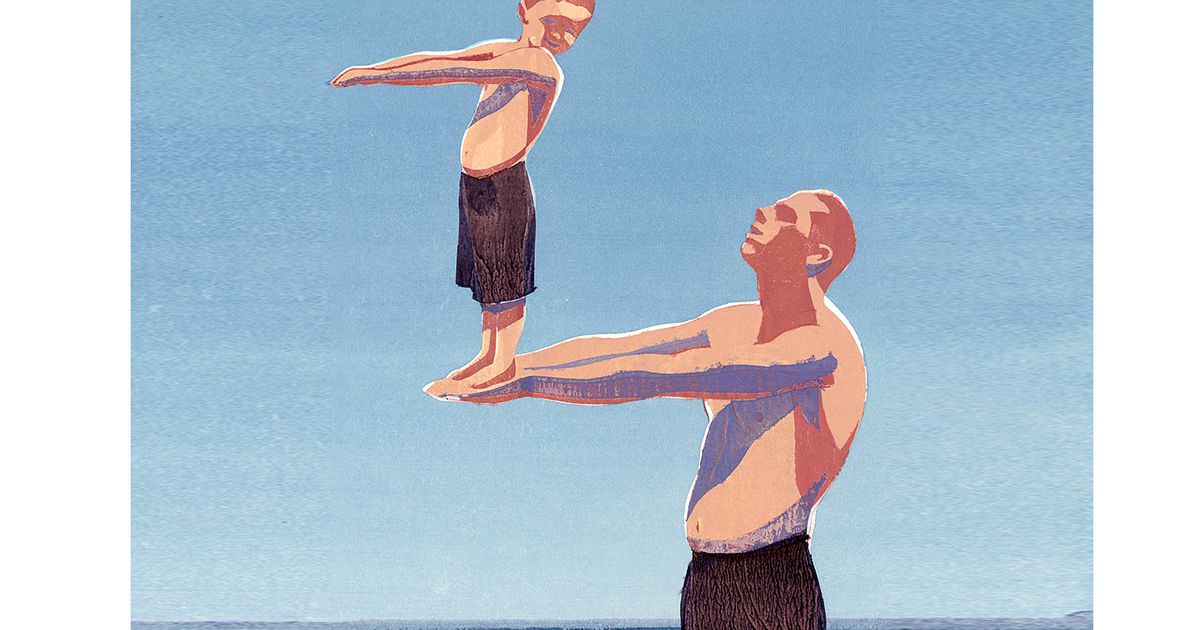 Decades of research show what we know from our life experiences: children need both parents to be actively involved in their upbringing to have the best chance of becoming successful adults. Despite this, our family courts and social service agencies obstruct or completely deny children access to their fathers, largely due to long-standing cultural biases against single fathers.

According to the latest census, the share of children living with both parents has slipped to 70%, down from 85% in 1968. Of the rest, 21% of children live with their mother only, 5% live with their father only, and 4% live without either parent. This is a seismic trend, and our response as a society has been thoughtless and ineffective when it comes to the need for single fathers to be fully involved in the lives of their children.

In 2019, my organization, the Dads’ Resource Center, reviewed the outcomes of 700 disputed custody cases in 14 counties in Pennsylvania. The results of these cases were as expected. Mothers got full or primary custody in 496 cases, fathers in 100 cases, and parents got joint custody in only 104 cases.

We followed up this study with a survey of every Child and Youth Services office in Pennsylvania, which showed a ratio of 82% women and 18% men. This level of representation creates challenges in understanding and working with fathers.

We also surveyed every county in Pennsylvania to investigate the role of ad litem guardians and found a disturbing lack of standards in the hiring, training, monitoring and accountability of people in positions that have a significant influence on decisions made by judges. This is unfortunate given the fairly common anecdotal stories of bias reported by fathers when a guardian ad litem is involved.

These are just some of the challenges fathers face in custody battles. At the University of Texas LBJ School of Public Affairs, the independent, nonpartisan Child and Family Research Partnership noted in a May 2018 policy brief, “While Texas has taken significant steps to support fathers, there remain opportunities for the state to do more for fathers and help improve the well-being of children”. It’s a common refrain heard across the country.

The gender crisis is about corporate wages, not college enrollment

Because they believe or are advised by their lawyers that the game is against them, many fathers give up pursuing the custody arrangement they really want. Some want to keep fighting for custody but lack the money. Others, anticipating a protracted and contentious custody battle, choose to surrender to spare their children a potential backlash. The victims in all of this are the children who must suffer endless turmoil and uncertainty, with the majority being denied necessary access to their fathers.

The Dads’ Resource Center analysis of the 1997 National Longitudinal Survey of Youth illustrates the lifelong impact of fatherlessness on children. Every metric we explored showed that, on average, participants who grew up with their fathers involved were healthier and more productive than those who didn’t benefit from their father’s presence at home.

Children raised without their father at home were 43% less likely to graduate from college and earned 26% less per year ($43,938 vs. $59,490). More importantly, they were 94% more likely to have used government programs such as the Special Supplemental Nutrition Program for Women, Infants and Children and Workers’ Compensation, and were 71% more likely to to have been convicted of a crime.

In order to quantify the financial impact of the absence of the father, the National Fatherhood Initiative published its 100 billion dollar man report in 2008. It looked at government programs that provide financial assistance, social services, nutrition, health and housing assistance and estimated an annual cost to taxpayers of $100 billion to support households of an absent father.

The Dads’ Resource Center updated that estimate in 2020 and found it to be $269 billion per year. Digging even deeper, using the income difference we found in our 1997 NLSY analysis and data from the U.S. Bureau of Labor Statistics and Census Bureau, we estimated that children who grew up without their father at home will experience a mind-boggling experience. $491 billion in lost wages each year. Together, this $760 billion cost to society represents 3% of our GDP.

It is clear from the research that the lack of father involvement contributes significantly to, or is a root cause of, many major societal issues facing our country. Common sense dictates that increasing father involvement is the most direct and cost-effective way to address these issues.

Yet so often our courts, county systems and social service organizations continue to needlessly deny significant numbers of children regular access to their fathers. It is cruel and petty, and many millions of children suffer from it.

While we welcome the funding for father engagement programs, much more needs to be done. In the end, it’s easier to pump money into programs than to address the inherent biases against single fathers in our courts and other government entities. Failure to adequately address the systemic barriers to custody of many single fathers results in untold pain and anguish for these fathers and their children.

Let’s finally commit this Father’s Day to take action to break down the long-standing barriers to single fathers’ involvement in their children’s lives. This would be a Father’s Day gift to treasure.

Joel N. Myers is the founder and chairman of the board of the Dads’ Resource Center. He wrote this column for The Dallas Morning News.

We welcome your thoughts in a letter to the editor. Consult the instructions and drop your letter here.